As I expected, it was crowded. I opted to buy this thing we put on our head just because I saw a lot of people wearing one. 😊

And of course, the big wheel but we didn’t ride because the line was crazy.

Then I saw Oppo!

We had 1 1/2 hour before New Year. There was concert but it was all in Thai so I couldn’t relate while everyone was partying, laughing, singing along. 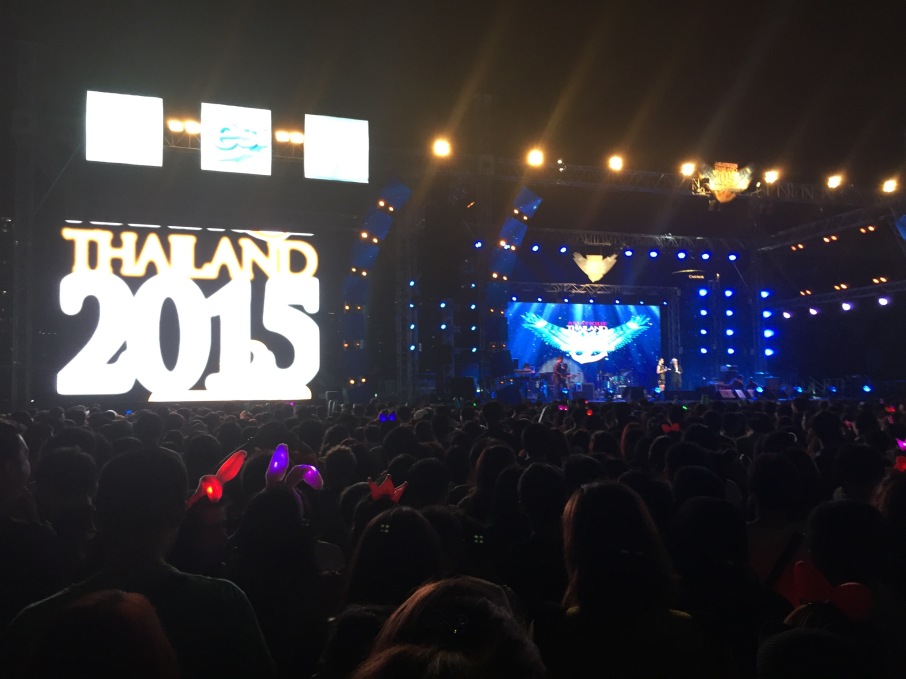 Then, the countdown started and there’s fireworks.

We had a hard time going home so it was very tiring after but I definitely had fun.