I took this photo yesterday, Friday at exactly 5:50PM. That was during the rush hour! Look at that lane on the side dedicated for TransMilenio buses for faster travel and ensure that buses are not delayed by mixed traffic congestion.

According to Wikipedia, TransMilenio has 12 lines serving 144 stations in the city of Bogota. One TransMilenio bus can accommodate 160 – 270 passengers. It says as of October 2014, there were 1500 buses circulating on the trunk line system.

So far, the longest time I waited for a TransMilenio was 7 minutes and that was right after I missed my bus! My travel time has been consistent. Of course, the bus can get very crowded during rush hour.

There is this map at every station which will help you to find out which bus you should take.

Or if you have a smatphone like I do, you can download their userfriendly app and check your route ahead of time. 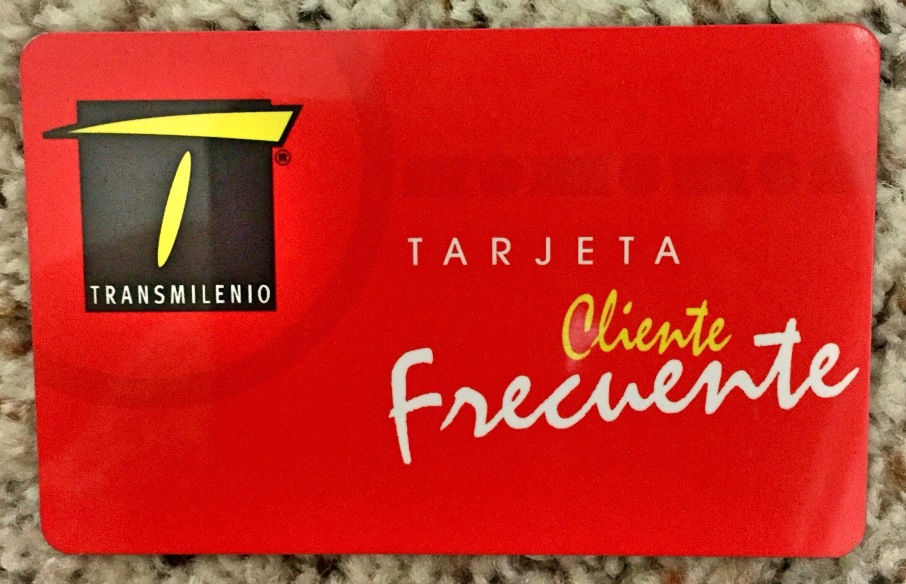 And this is what the TransMilenio bus looks like which I grabbed from google images.

TransMilenio is such a cool way to travel around the capital city of Colombia, Bogota if you want to avoid the traffic. This transport system may not be ideal for everybody but it sure is nice to have.

How I wish that my own country has this awesome transport system in Metro Manila. 😓