I chose this hostel because of the good reviews I saw and the fact that it’s only $4 per night including breakfast.

Shortly after I booked my reservation through hostelworld.com, I got a text from Win Le of Dalat Smile Hostel asking my bus information to Dalat from Saigon. He offered to pick me up in the bus stop for free which was very good so I wouldn’t get lost.

Unlike in the hostels I stayed at in Saigon, you have to give your passport first and sometimes pay first. Here in Dalat Smile Hostel, they immediately accompanied me to my bed. They only asked for my passport after I got settled. 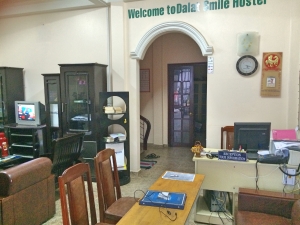 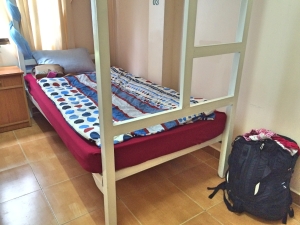 They have coffee for free as well which was a big plus for me because I love Vietnam Coffee and I pay between VND 10,000 to VND 30,000 for this. Win Le taught me how to make my own vietnamese coffee. 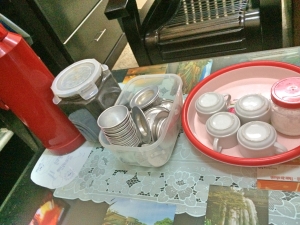 The hostel offers omelet or pho for breakfast. I had omelet with baguette for my first breakfast in Dalat. You can have it with coffee or tea. I had both! 😉

It was simple but fun breakfast with other guests in the hostel. 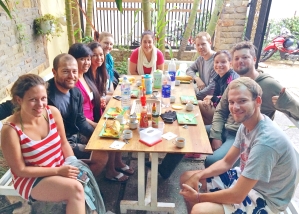 The guys were having friends over for lunch and they invited me to join which I did. We had so much food and they had so much beer. I had one beer. 🙂 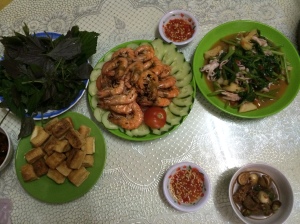 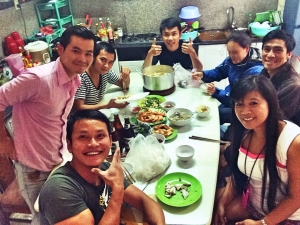 On my second night, the guys asked us if we want to have vietnamese dinner for $4/person. Of course, we all said yes. I went to the market with Ling. I helped with the preparation a little bit. Plenty of delicious food for plenty of people. We kept saying we’re full but we kept eating. 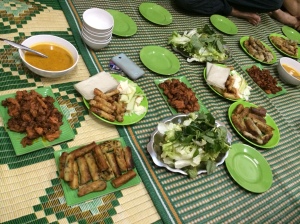 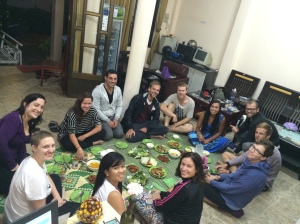 After dinner, we just stayed chatting while having beer. It was such a fun night. 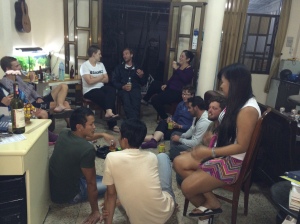 Dalat Smile Hostel arranged the tours for me. Win, Ling and Vu (The three guys running this hostel) are just awesome. They never failed to make me laugh. 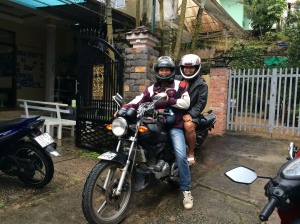 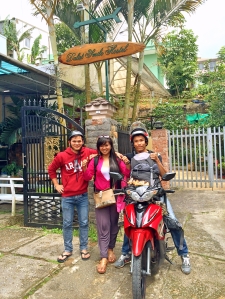 They said, I was their first guest from the Philippines so I left this to them as a remembrance.

Dalat Smile Hostel surely made me feel at home. The guys made sure that everything is taken care of. I’d definitely stay here again if given the chance and I highly recommend this to people traveling to Dalat, Vietnam. 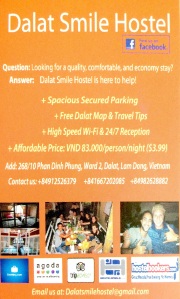 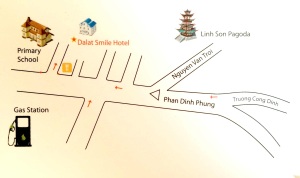