Feast of the Immaculate Conception on December 8th is a holiday in Colombia so I decided to take an extra day off from work for a 4-day weekend. As usual, I impulsively bought a roundtrip ticket costing around USD 93 from Bogota to Cartagena through my favorite affordable airline VivaColombia.

I heard so much about Cafe Del Mar so this is the first place I visited when I arrived. The place was crowded because it’s a perfect place for sunset.

The next day, I explored Castillo San Felipe de Barajas. I opted for an audio tour since I wanted to know the history. I’d say it’s interesting and worth it. The weather was super hot to be doing this though. 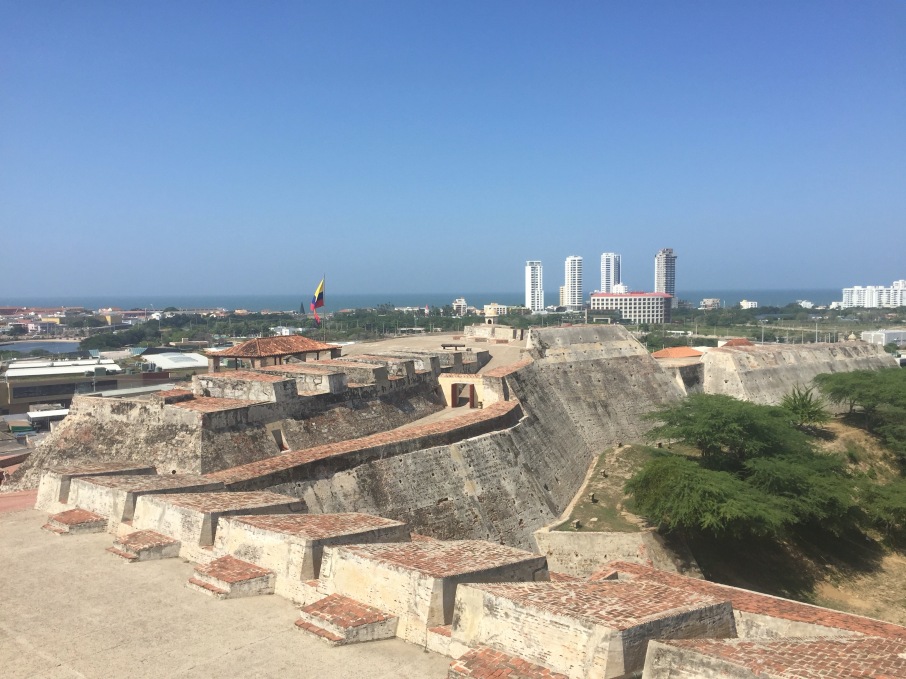 On my technically second day, I went on a day tour to Baru Island.

While on a boat tour, there was actually people selling fresh seafood in the middle of the ocean. I got this delicious lobster for about USD 3.

I also met these people (Colombians and Spanish) who were nice enough to translate for me and invited me to join their group while on a tour. 🙂 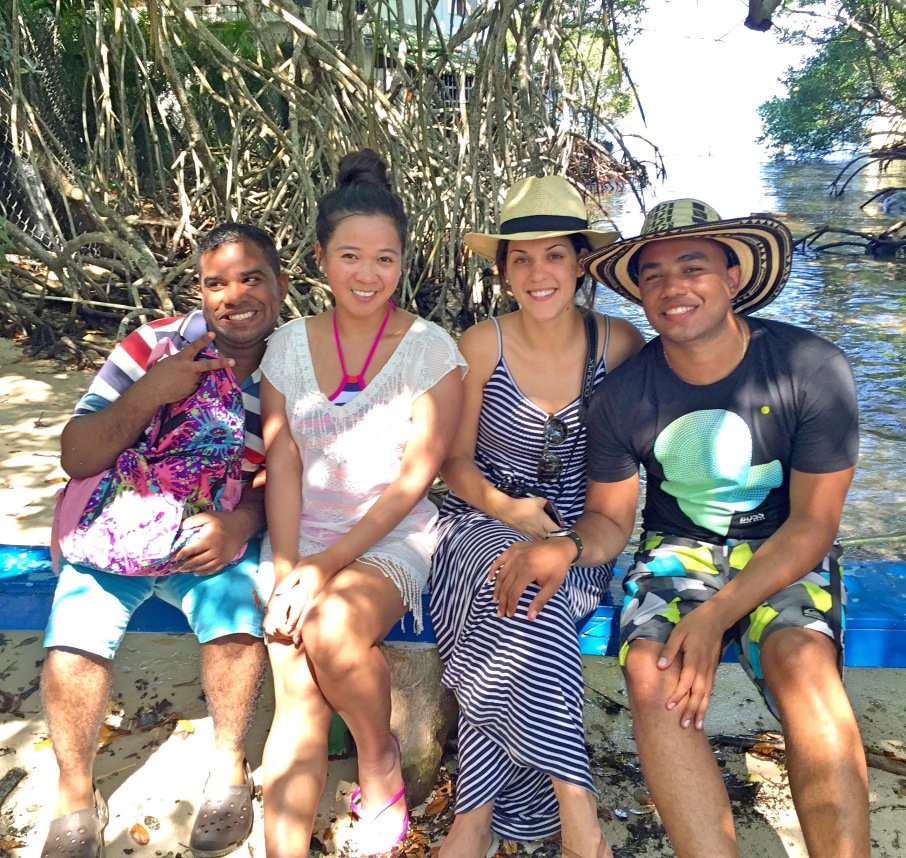 Baru Island was okay. I’ve been to a much nicer beach so I was not that impressed. It was worth visiting though.

On my third day, I explored the walled city. 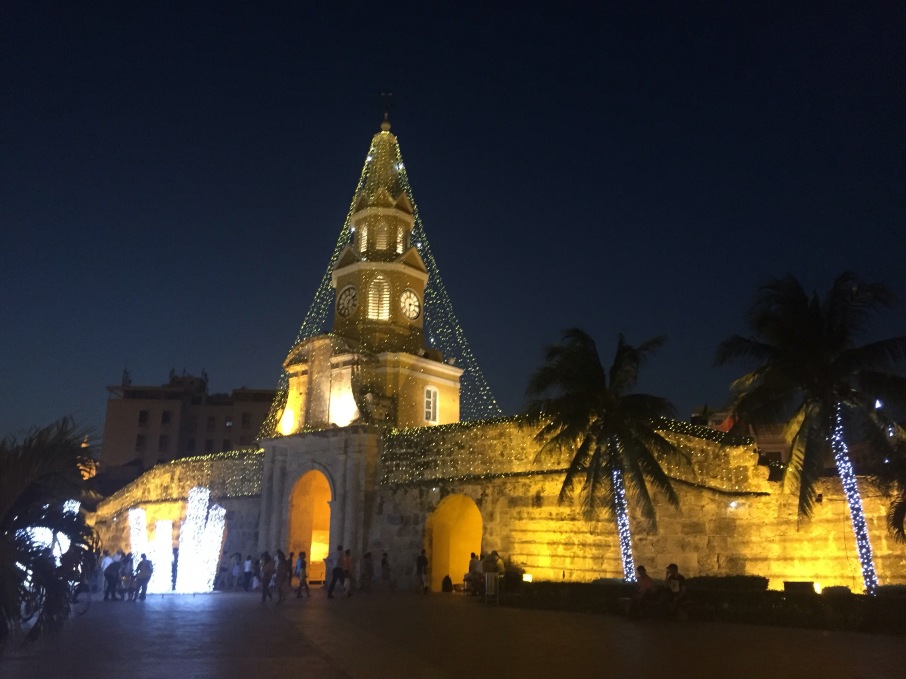 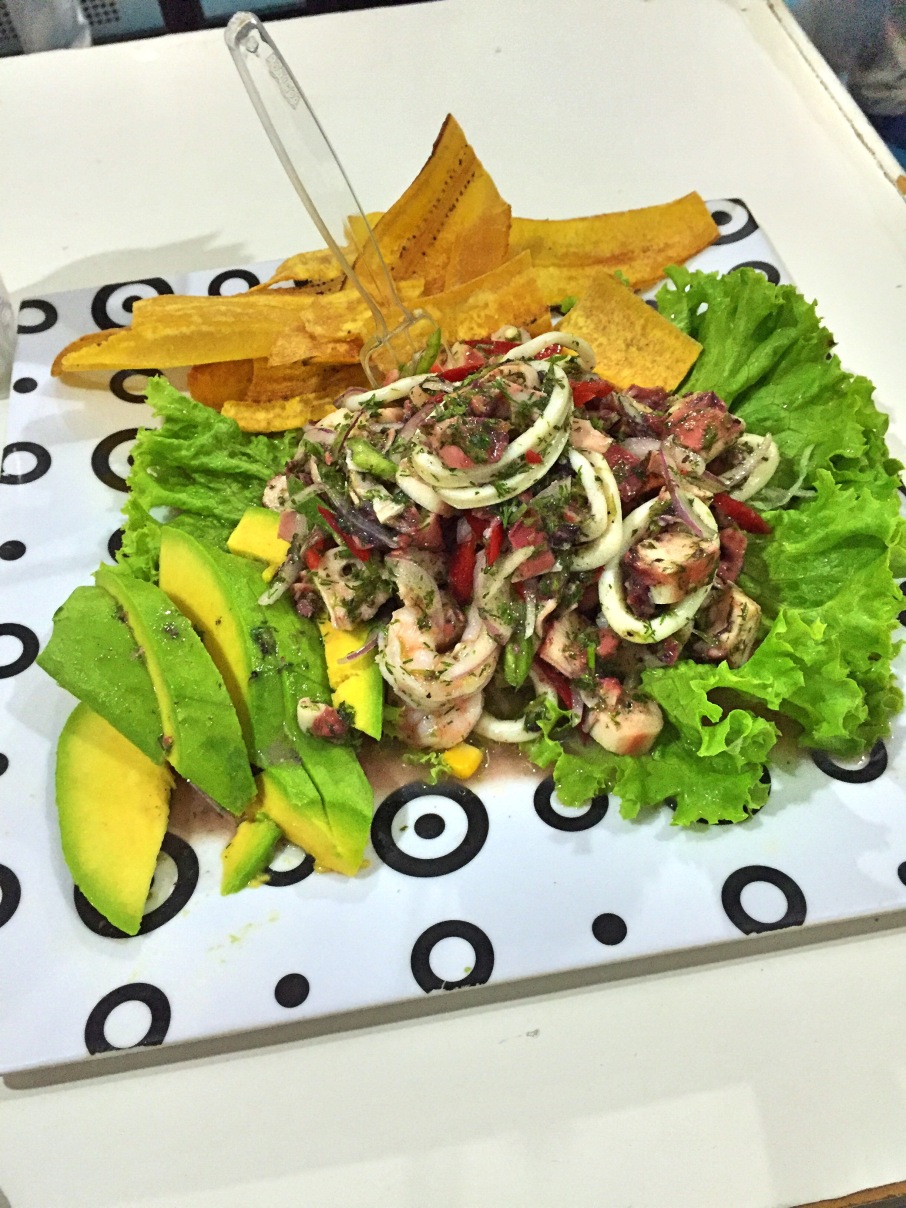 I had to go back and tried something else.I love this place!

On my last day/night, I wanted to make the most out of Cartagena by choosing to spend time at Cafe del Mar. They don’t open until 5pm but I went there around 4pm, picked a perfect table, watched the water, the cars, the people, the birds and the sun. I relaxed until I they opened.

Ordered their ceviche and piñacolada which cost around USD 15. Expensive? Yes! But hey, I was paying for the view!

This is my favorite photo taken by my server. A perfect photo!

So there, I got to visit Cartagena, Colombia. Traveled solo as usual and enjoyed it a lot! 😊