I have been looking forward to be in Sapa. I heard nothing but good things about it. After about 10 hours travel from Hanoi to Sapa, a whole bunch of local people were waiting for us to get off the bus near the lake. All of them wanted us to do homestay with them for $25/night which I think was ridiculously expensive. They were pushy and they kept following us which was annoying.

I did not make any advance hostel booking and I was very glad to meet a girl from Finland on the bus. We were both traveling alone so we decided to get a room cost $8/night, so we pay $4 each.

We heard about Cat Cat Village which is about 2km from town and Sin Chai Village which is about 4km from town. They said most tourists go to Cat Cat Village so we went to Sin Chai Village instead. We paid VND 20,000 each to enter the village. Indeed nobody else was there. We saw group of kids walking and I wanted to take picture of them because they were so cute then one boy said “money”. They want money if we want their picture so another what the hell!

The views were breathtaking, they look so unreal. 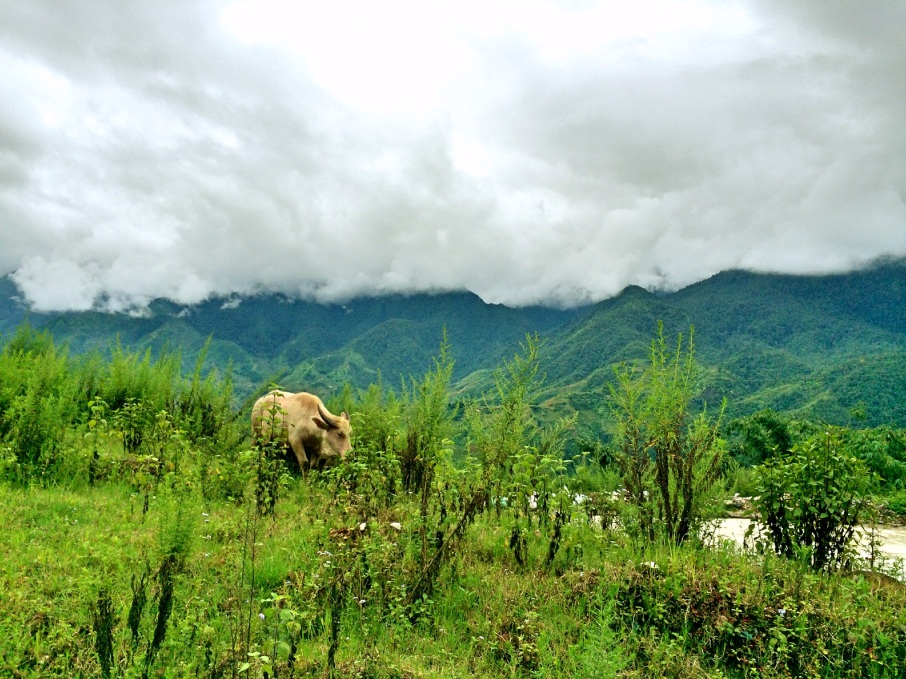 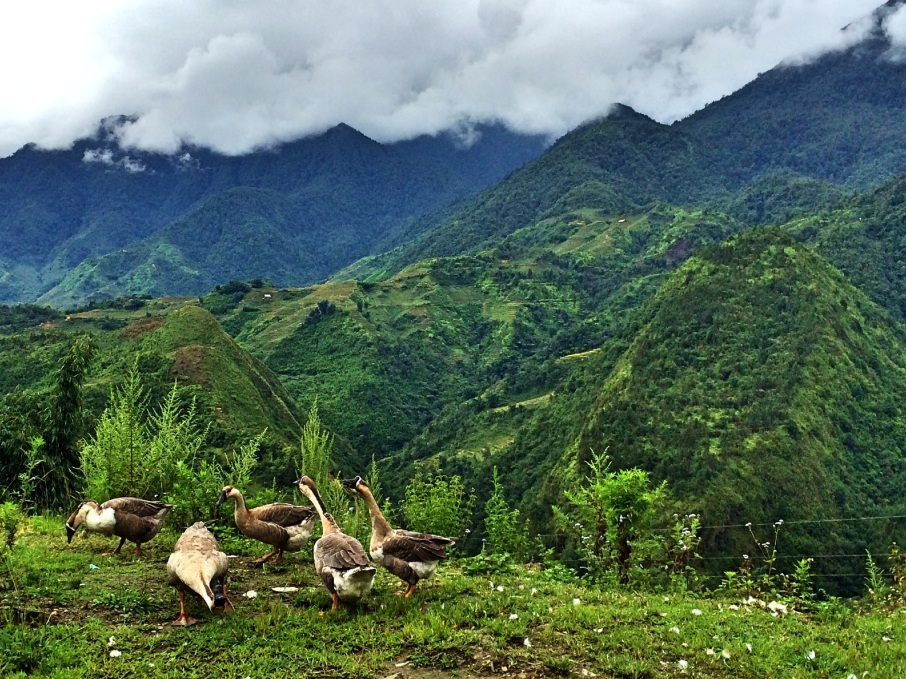 We saw cows, pigs, puppies, ducks along the way. 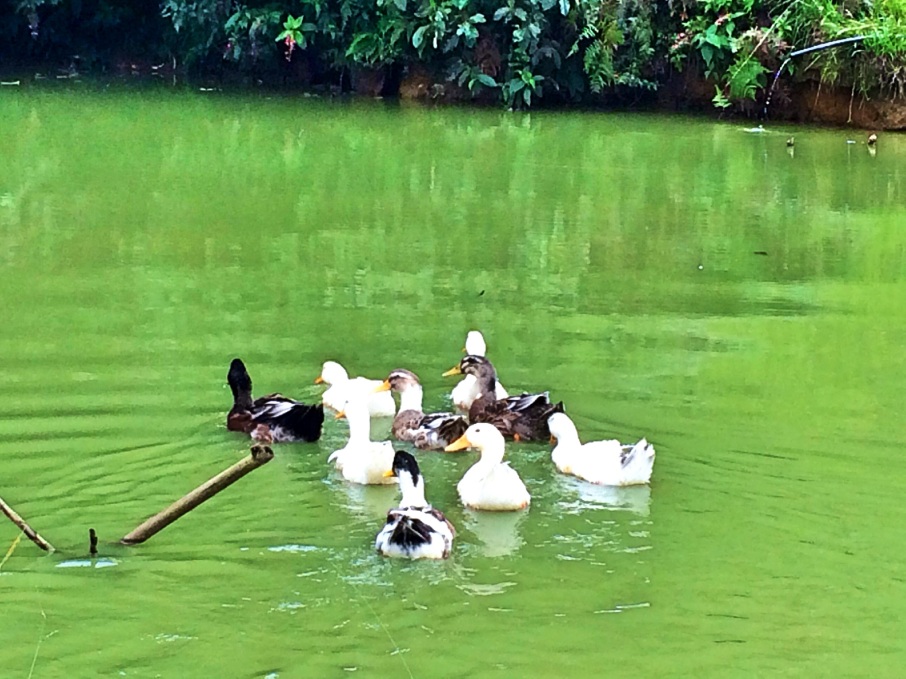 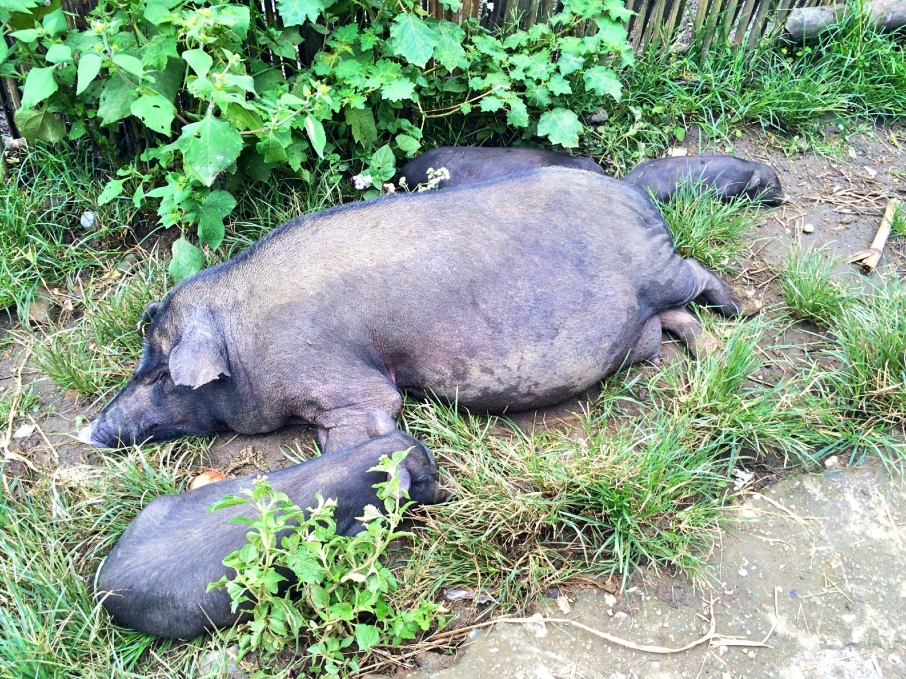 Most of the kids were unhappy. They seemed not to know how to smile. I was lucky to capture this picture secretly so I got it for free, LoL! Then when the kid realized I was taking a picture, she turned her back on me. 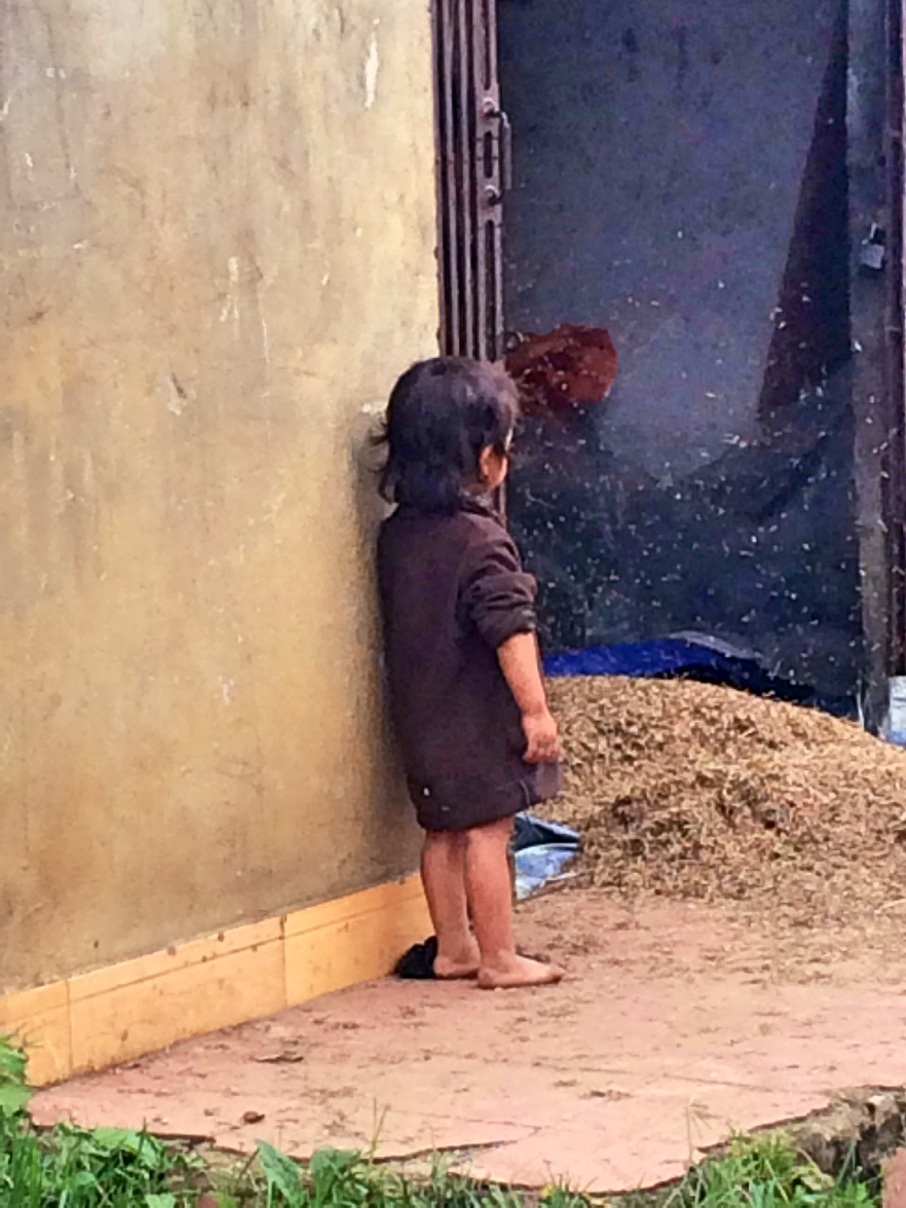 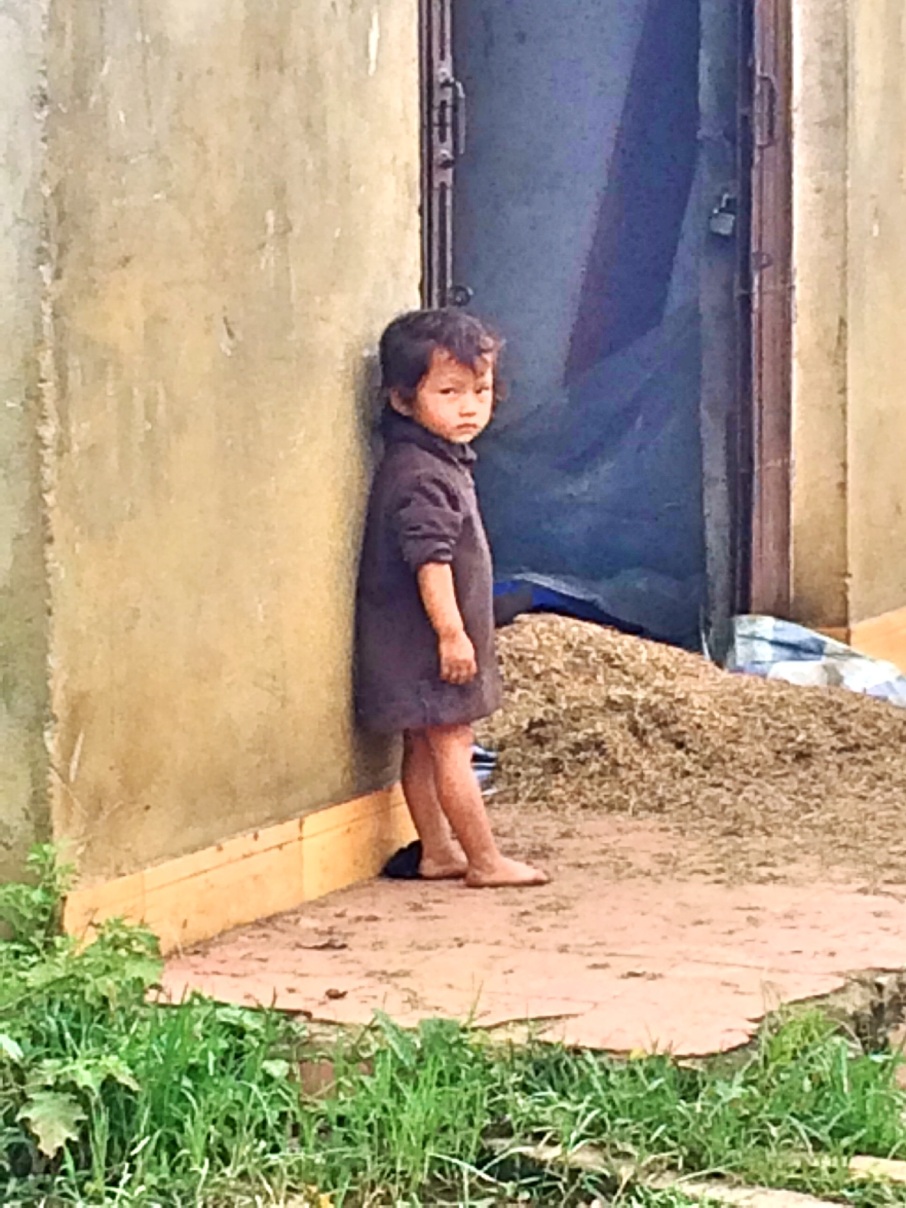 Well, it was a village so aside from animals, we saw nothing but little houses and unhappy local people. 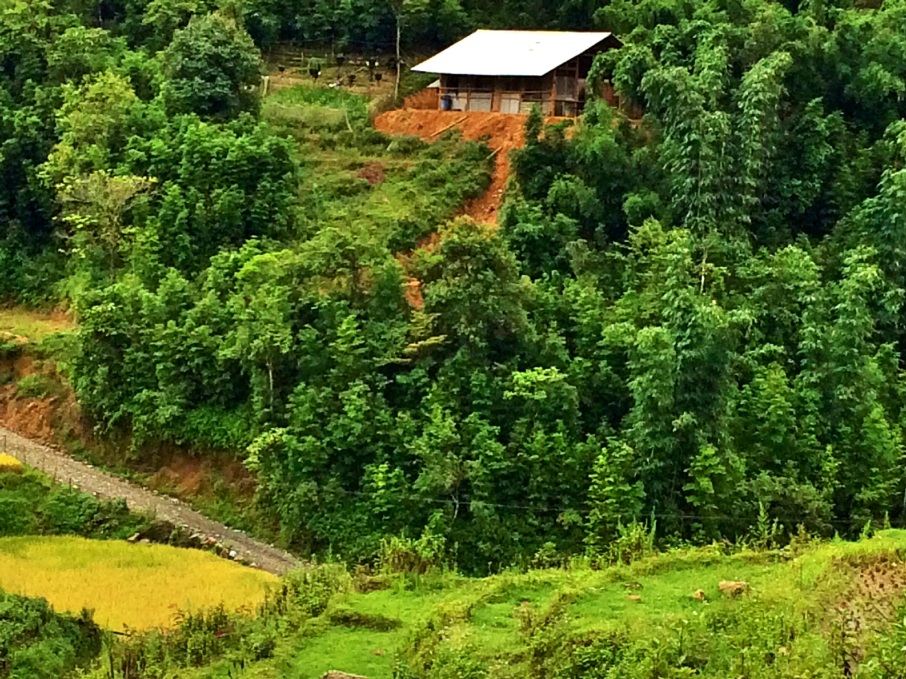 So we decided to sit on the grass and be silly.

It took us 2 hours from Sapa town to Sin Chai Village. We took a motorbike on the way back which was $5 for the two of us. It was expensive but we didn’t really want to walk back.

We then had dinner at Le Gecko which is a french restaurant although they have Vietnamese food too. I had steak burger for VND 99,000 and a diet coke for VND 30,000. The food was okay but not a wow. 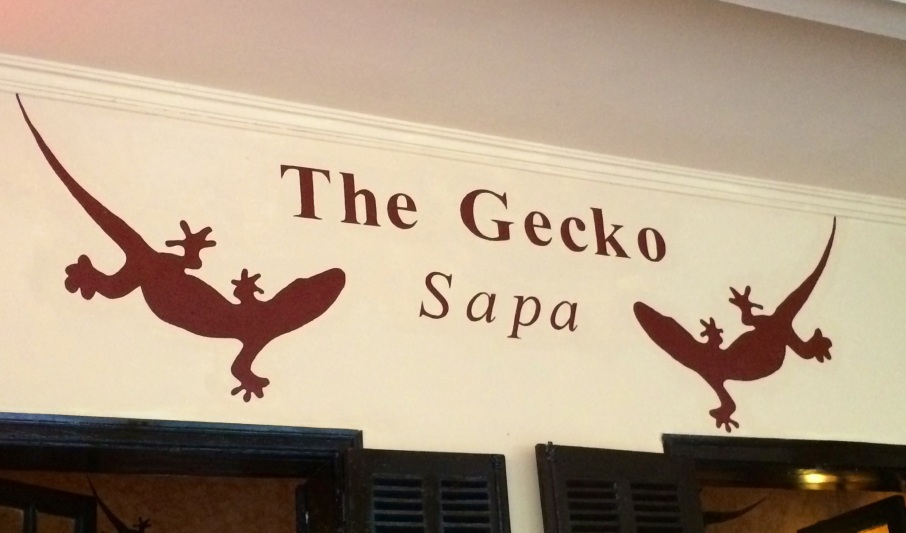 Sapa is such a beautiful place but the local people are just all about money. Everybody wants to sell you something. I didn’t feel the warm welcome I felt in Saigon, Dalat, Hoi An and Hanoi. 😦